Triathlon–the sport of champions, crazy people or both? 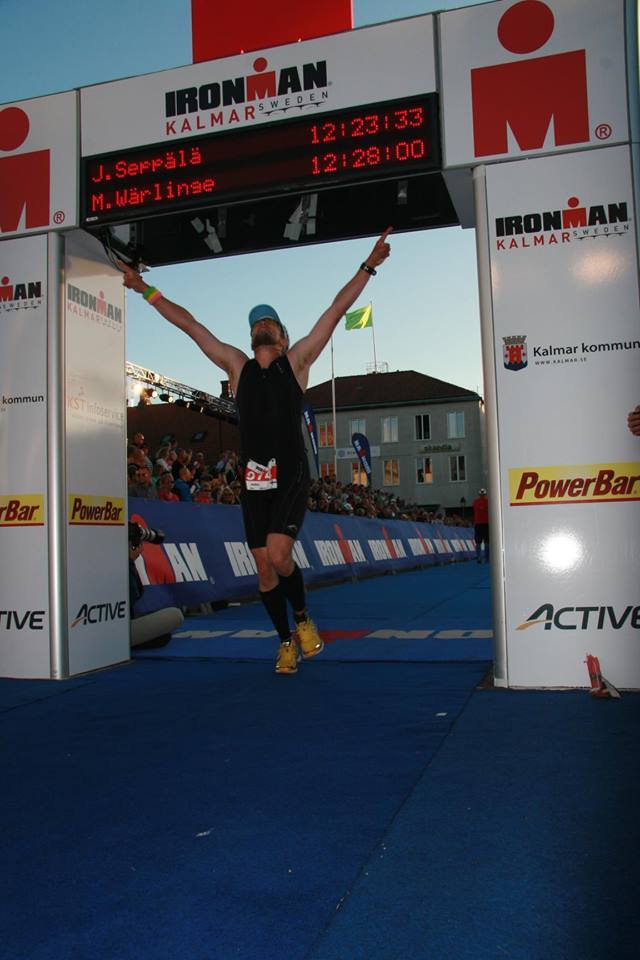 It’s not often you hear someone say that triathlon is a relaxing pastime or a lightening counterweight for hectic everyday life. Those uninitiated with it might perceive triathlon as something that grinds and pushes the body to the extreme, so hard that people fall at the same rate they do on a battle field. So what is triathlon? The daydream of our Prime Minister, unhealthy over achievement or exercise that promotes health?

There are two factors that make triathlon an exceptional form of endurance sport. These are the length of the performance and the technical variety of the different activities.

There are great variations in the length of triathlon races, which is the factor that determines its requirement level. The lengths vary from sprint length to the full-length Ironman, which consists of 3.8 km of swimming, 180 km of cycling and running the length of a marathon. This means that being a good biker, swimmer and runner still doesn’t make you an Ironman triathlonist. Instead, sprint and Olympic lengths are suitable for beginners. Those consist of swimming for under a kilometre, cycling for 20 to 40 km and running for 5 to 10 km, depending on the contest.

What makes triathlon a uniquely challenging sport is the technical variety of the activities. A triathlonist must be a master in three different sports. I myself could possibly have good grounds for becoming a triathlonist as I learned riding a bike at the age of five, I am a former competitive swimmer and I’ve ran seven full-length marathons in approximately four hours. But still, I doubt that I have what it takes to get to the finish of the full-length triathlon. It is a whole different thing for the body to perform three endurance sports at once than it is to perform one of them. While training, one has to pay attention to the weighting and content of the sport in order to form an optimal training programme. In addition to being physically demanding, triathlon poses a great psychological strain as well, especially while training for the longer lengths. This requires a lot of time, focus and the right kind of activities beside training, mainly regarding nutrition, rest, sleep and hydration.

Health hazards and risks are often brought up during discussions about triathlon. Medical studies often analyse and quote the hazards and risks of the different exercises. But as we all know well, life is full of risks, especially if you’re not moving enough. We teach our children not to accept candy from strangers or eat yellow snow. We know that our home is a dangerous place; one can slip or fall there. The really risky thing is to sit; its fatality is comparable to smoking, among others. It’s true that during an hours-long endurance sport you will reach a point where it is no longer beneficial for your health. Those critical to triathlon are right about the health hazards of the sport. In addition, hard triathlon practise often includes relatively many repetitive stress injuries as well as problems with fluid and salt balance and recovery. Triathlon will not make you immortal, even if you’re in top condition. As in life in general, problems will arise if you follow your ego instead of common sense.
A stereotypical endurance athlete never gives up. But the danger lies in disregarding the warning signals in time. As in healthy workout in general, triathlon also requires that you have the ability to listen to your own body and recognize problem signals. In triathlon and other ultra long endurance sports, you have to focus on your bodily functions and your own performance instead of competing against others. Even while well-prepared, triathlon is an undefined journey towards the unknown, and you cannot prepare for everything that may come along.

The endurance sports and triathlon boom may leave you blind and dependant on training of an inadequate level. The most important thing is to assess your abilities and starting point while preparing for the training. This also consists of a medical examination and a review of whether there are any obstacles for performing the training. The risk factors and potential hidden health problems must be surveyed, especially if you’re over 40. The number and intensity of trainings must be increased in a controlled and progressive manner. A person who has performed endurance sports his whole life has a completely different starting point in his forties than one who has mainly focused on being a sports supporter before.

In my opinion as a sports doctor, the biggest challenge lies in controlling the total workload, especially for working age triathlonists. As I mentioned earlier, triathlon is a sport requiring extreme discipline also regarding living habits and mental demands. Combining the family, work life and training is too much for many.
In general, even the male gender is a risk factor for heart and vascular diseases. The genetic heritage can also result in having a risk for elevated cholesterol levels or heart problems. Naturally, these are factors that can only partially be affected, in other words, a person in his thirties or forties with top shape appearance might unknowingly suffer from coronary artery disease. The likelihood of this disease becoming an acute heart attack is seven times higher while training. Also, the risk of heart problems is three times higher for men than it is for women.

I would be very considerate before recommending triathlon to an ex-smoker/low activity/overweight man in his forties performing a radical life change. We know that in Western countries, the walls of blood vessels start fattening at childhood age. Unforeseen changes may have developed without symptoms, if the person’s living habits have been bad for a long time. There is no comprehensive and undisputed heart test, but out of the existing examinations, coronary computed tomography (CT) is quite trustworthy for examining plaque buildup within the arteries.

Statistics show that most deaths in triathlon races happen during the first sport, which is swimming. This is paradoxical compared to other endurance sports contests, where deaths occur at later stages of the competition and especially during the last kilometres. Several explanations have been presented for the hazardousness of swimming part. One explanation is that the mass starts are extremely stressful for the contestants. The swimmers literally have to fight for their space in the water, which disturbs the breathing rhythm and causes neural distractions that may in worst cases lead to fatal arrhythmia. On the other hand, water as an element is nothing like dry land. The water is cool, which means that the mechanisms regulating the body have to adjust. In addition, claims have been made that the exceptional breathing technique and hard work load develops pulmonary edema. Excess fluid in the lungs can disturb the pumping of the heart, which may become fatal.

Although the risk for an acute illness or death during a triathlon is low, the risk is two times higher than during a marathon. In endurance sports, statistically 1 to 2 fatalities occur per 100,000 athletes. The number for triathlons is 2 per 100,000 triathlonists. The amount of fatalities does not increase as the length increases. The fatality rate in full-length marathons is 1 per 100,000 marathons, in half marathons 0.3 per 100,000. For comparison, cancer kills annually 100,000 people and road traffic 6 per 100,000. The occurrence of fatalities has not increased, though the number of triathlonists has. Efforts have been made to reduce the occurrence of acute illnesses by e.g. using timing-based starts instead of mass starts, but there is no concrete evidence of the effect of this change. Immobility, traffic and accidents are statistically riskier for the health than running a triathlon. Not everyone is fit for a triathlon, but the ones exercising it have the chance to push themselves to the limit and beyond any comfort zone.